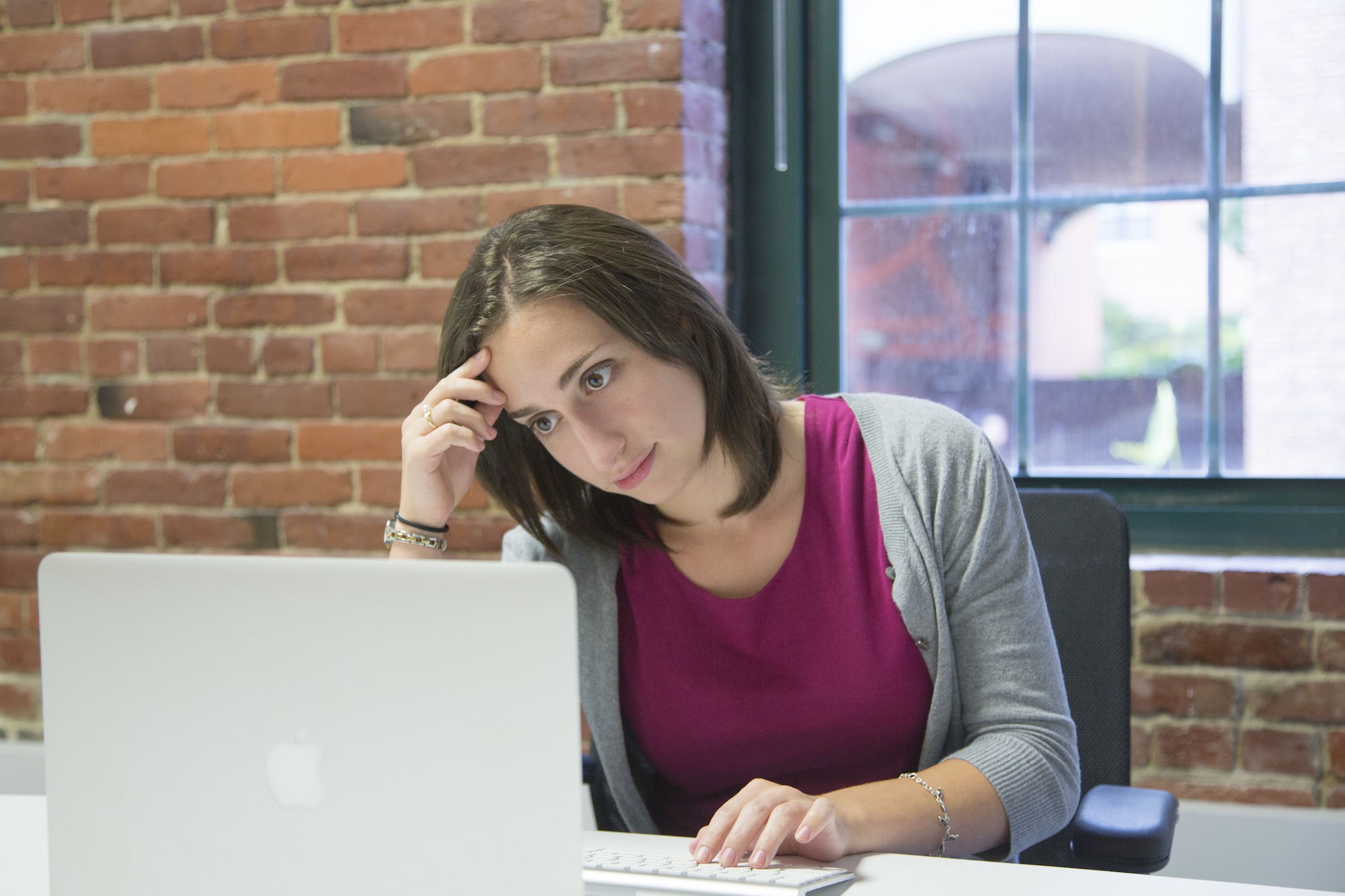 At Novareté, we know that a strong and unified company culture translates into improved performance. Shared values foster commitment to a common purpose, which is proven to positively impact multiple indicators of long-term growth and profitability.

We also know that an effective company culture cannot be stolen or replicated by competitors because it is not a physical asset. It’s something that must be built and sustained by a company. These ideas are helpful to know (and heavily backed by research), but admittedly, they can sound a little vague at first glance.

How exactly can a corporate culture be “built and sustained” by a company? It’s actually easier – and more practical – than you think. Corporate culture may be a slightly-intangible entity, but the ways to create it are very tangible, as you’ll see below.

Before getting into the details, remember that culture starts at the top. Company leaders, including C-suite officers and HR managers, are in a position of influence, whether they like it or not. Because leaders are responsible for making the organization run, followers and employees look to them to set a tone for day to day operations. A leader can respond to this in two ways:

The important thing to realize is that successful leaders, like the ones illustrated in the four companies below, make intentional decisions about the way they come across to their employees during various interactions. These interactions are the “very tangible ways” to impact culture that I referenced above, and they include nearly every activity in a company, from board meetings to job titles.

If you’re struggling on finding ways to align your company culture with your values, read on.

1. United Airlines: Using Board Meetings to Highlight the Value of Safety

United Airlines Board Member Jim Whitehurst describes in the Harvard Business Review a bizarre agenda item that takes place in every United Airlines board meeting.

“At the start of every board meeting, the first topic of discussion is about where the fire exits are, how to access the stairs, and where we will meet up afterward… Why would we bother starting every meeting that way? Because United’s culture is built on safety. And the best way to cultivate and reinforce that culture is to lead with behaviors and take actions that promote the importance of safety.”

It’s one thing to pay lip service to a culture of safety and request that employees “be conscious of safety activities,” and another thing entirely to set such a strong example from the top leaders. There is no room to misinterpret the value of safety at a company like United because their leaders keep it front of mind – not through trainings, but incorporated in relevant everyday activities. Thus, these attitudes should be emulated by everyone down the management chain, all the way to the pilots and flight crew in each trip.

What was the result? Last year, United Airlines was one of only six U.S. airlines to be listed among the top 20 “Safest Airlines in the World” by watchdog group AirlinesRatings.com, with a perfect 7 out of 7 stars. These ratings result in part from certifications, but also from a proven track record of safe landings, and flights free of injury or fatality.

This is the kind of real world benefit that can result from aligning values and day-to-day activities. And at United, it all starts with a simple agenda item.

2. Next Jump: Using Compensation Formulas to Highlight the Value of Employees’ Personal Growth

My next example is e-commerce site Next Jump, which in 2014 was named by Inc. as “The Most Successful Company You’ve Never Heard of,” for its impressive customer base of more than 100 million users. The company operates employee discount and reward programs on behalf of 90,000 corporations, including 60 percent of the Fortune 500 list. It’s still privately-owned, so we can’t get a peek into revenue numbers, but founder Charlie Kim claims he has turned down several offers in the billion-dollar range. All this with just 225 people.

What is the secret to success? Next Jump places a high emphasis on employee personal growth: According to the Harvard Business Review, its leaders believe that if employees improve themselves, the company will benefit as well. And they genuinely mean it: In fact, employee bonuses are structured around self-improvement.

“Every Next Jumper’s compensation is tied closely and equally to performance in revenue (what you contribute to the business) and culture (what you contribute to [company slogan] Better Me and Better You)…At Next Jump you can be a revenue-generating god and still be penalized in compensation if you’re not working on personal growth. The highest bonus and salary increases go to those who improve the culture.”

As Next Jump and other organizations well-known for implementing an employee-first approach (such as Google), leadership teams realize it’s not enough to verbally encourage employees to pursue their personal growth. While Google has taken the “carrot” approach by offering gourmet food, ping pong tables and other in-office perks, Next Jump has gone one step further and used the “stick” as well by tying compensation to growth.

What was the result? It’s paid off: As Inc. reported, Next Jump experienced growth “more than 25 percent annually, and in 2013 growth topped 100 percent! Today, Next Jump is the giant in the field, with more than 700 of the Fortune 1000 as its clients and well over 30,000 participating merchants.”

Ever since its creation in the late 1990s, Google has soared to the top of corporate excellence by relentlessly focusing on its products. In their book How Google Works, executives Eric Schmidt and Jonathan Rosenberg describe three ways they ensure this emphasis is never lost.

“When a CEO looks around her staff meeting, a good rule of thumb is that at least 50 percent of the people should be experts in the company’s products and services and responsible for product development. This will help ensure that the leadership team maintains focus on product excellence. Operational components like finance, sales and legal are obviously critical to a company’s success, but they should not dominate the conversation.”

“While Google certainly believed that search was one of the most important applications in the burgeoning Internet business, we didn’t choose to specialize in that area because our crystal ball told us it would ultimately be more lucrative and impactful that the alternate, more popular portal business model. Rather, we focused on search because it was something we felt we were better at than anyone else.”

“Make it easy for customers to leave. At Google, we have a team whose job it is to make it as easy as possible for users to leave us. We want to compete on a level playing field and win users’ loyalty based on merit. When customers have low barriers to exit, you have to work to keep them.”

This last point is especially notable because it flies in the face of common business advice. Today, mega-websites like Facebook and Amazon aim to act as “sticky” websites, adding publishing tools, videos, music and extremely complex tracking practices to keep users engaged as long as possible on the website.

By choosing to do the opposite, and explicitly telling its employees users should be won on merit alone (and not on high opportunity costs of switching services), Google manages to keep the culture focused on continual product innovation and excellence.

What was the result? Every second, 2.3 million Google searches take place across the world, and it enjoys a market share of 75% of U.S. searches and 89% of U.S. mobile searches. 1 billion people use Gmail, and an equally-large 1 billion people use YouTube, spending an average of 40 minutes per session on the video-hosting site. By focusing relentlessly on customer satisfaction, Google has built itself into one of the most-recognized brands in tech, and one of the strongest performing publicly-owned companies in the world, with parent company Alphabet ranking No. 36 on the Fortune 500 list.

4. Netflix: Using Titles (Or Lack Thereof) to Highlight the Value of Performance over Hierarchy

Today, Netflix is a publishing giant, but as most people remember this wasn’t the case even five years ago. Between 2001 and 2010, Netflix struggled to maintain growth through both the dot com bubble and the 2008 financial crisis. However, outside of those trial periods (and especially in the previous five years), Netflix has grown phenomenally fast, ballooning into one of Forbes’ “Most Innovative Companies,” with 3,700 employees and $7.1 billion in revenues.

One problem companies can have with this type of growth (especially mid-sized companies of 150 to 1,000 employees) is that a rapidly growing team will inevitably widen skill gaps.

“Success will always mean more people, but not everyone will scale with company, and a lot of people will end up with ill-fitting titles,” writes First Round. “When this happens, offering them more food and beer and simply working harder won’t do the trick.”

In response to this problem, Netflix’s HR Director at the time, Patty McCord, decided to ignore titles altogether: She named every single engineer a Senior Software Engineer. When met with resistance, McCord handles these talks with a just-the-facts attitude.

“I say, ‘Well if you come to Netflix, we’re going to pay you $350,000 a year to work on something no one else on the planet has ever done,” McCord told First Round. “And should you accomplish that, when you go on to your next company and they ask you why you went from this title to that one, you say because they paid me $350,000 a year and I got to accomplish all of this. They’ll get it.”

What was the result? As noted above, Netflix is today’s Internet publishing giant. With an 86.7 million subscriber base, Netflix has moved beyond hosting video to producing great content of its own. 57% of subscribers in the U.S. list original programming as their reason for subscribing, for good reason: Netflix has earned 45 Emmy nominations and two Academy Award nominations to date. Today, 79% of millennials – currently the most coveted market demographic – subscribe to the service. In 2015, this earned it a $2.1 billion profit.

Company leaders can shape day-to-day activities to cement values into employees’ minds. United included an agenda check in every meeting, reminding employees of safety’s importance. Google established a team to make it easy for users to leave its platforms, encouraging other teams to constantly pursue excellence. Netflix eliminated company titles, freeing employees to focus on results and not office politics.

Today, each of these companies is enjoying phenomenal success, as I pointed out in the previous sections.

As a leader, it’s important to be intentional about the values you communicate. Here at Novareté, we recognize that a values-driven company can outperform its competitors in many ways, including financial performance, customer satisfaction, reduced employee turnover, and improved product quality. (Don’t believe me? Check out this ample list of research studies backing up these claims.)

Finally, it’s also important to be intentional about how you communicate your values. Yes, you can use something as seemingly “petty” as a meeting to highlight a key value. You should be verbally describing your company values to your employees, but as the examples above show, you shouldn’t ignore the small actions either. In other words, try to use tangible activities to highlight intangible ideas.

Interested in learning more about why company values can drive organizational success?  Novareté’s engagement elements use learning techniques that are proven to encourage human interest, stimulate participation, and reinforce understanding of key principles that you want to communicate to your employees. Check out the full report.

Interested in see how your values are understood in your own culture? The Novareté Culture Assessment measures the health of your culture by calculating the alignment of your executive and the engagement of your employees.