Who Determines the Moral Standard of Leadership? 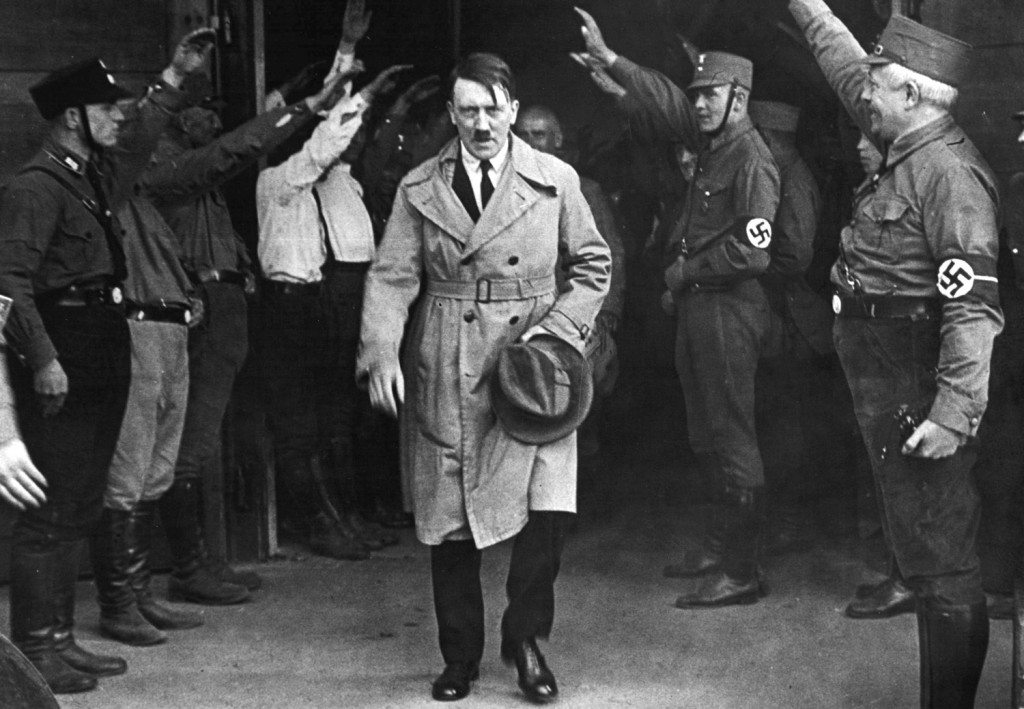 Adolf Hitler, leader of the National Socialists, emerges from the party’s Munich headquarters on December 5, 1931. Hitler predicted his Nazi party would one day control Germany.
Leadership is a buzz word that is often thrown around at schools, in business, on sports teams, in the media… In addition to meaning “a person who guides or directs a group” (Webster), it also assumes the person is ethically and morally sound. Today, a leader is expected to be a great role model and have a strong moral compass. But is that fair?
In Harvard Business Review’s On Leadership they challenge this idea. The book mentions that a leader is simply somebody who has a following. A great leader is somebody who has a huge following. I can think of many unethical leaders that did an amazing job creating a huge following that forever impacted our world. Here is my top ten list (in no particular order):

With a list like that, how can we assume leadership requires a certain moral compass? And if it should, who is in charge of deciding what the line of morality is? Clearly the people on the list above believed what they were doing was for the better. In fact it was Hitler who said, “As a Christian I have no duty to allow myself to be cheated, but I have the duty to be a fighter for truth and justice.” With the influence of religions, gender, cultures, wars, and professions, whose perspective is qualified to make the judgement on which leader is considered “of moral standing?”

With such confusion around the topic of leadership, how do you become a strong leader at your company and in life? How do you keep from evolving into a man or woman that finds his place on the list above? Most of the time it isn’t a bad person who makes bad decisions. It is good people – great leaders even – that find themselves in bad situations because of the little decisions they made trying to navigate the grey areas of corporate values. A recent leader that comes to mind is Mark Hurd, former CEO of Hewlett-Packard. He did a fantastic job leading the company but made little mistakes that eventually turned into big problems. Mark quoted in a press release,

“As the investigation progressed, I realized there were instances in which I did not live up to the standards and principles of trust, respect and integrity that I have espoused at HP and which have guided me throughout my career.”

Everybody is a leader – there is always somebody watching to see what we do when faced with challenges at work or in life. How do you decide what standards to make and keep? What do you do to ensure those are the guiding principles in your decisions, and how do you stay accountable to them?