The Value of Culture in a Down Market 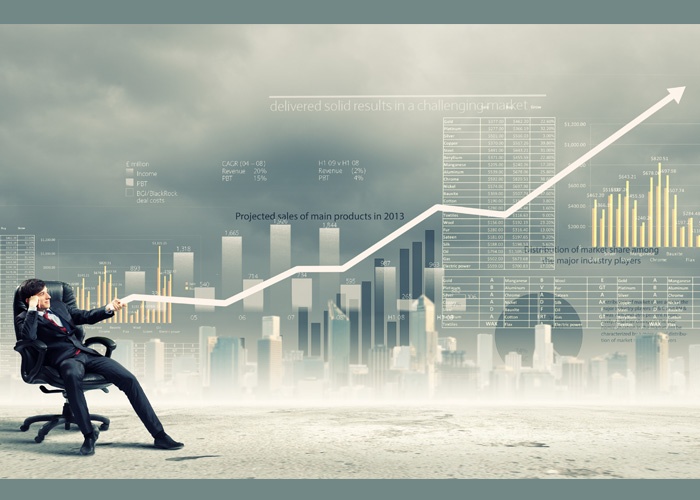 The idea that “culture drives performance” is not only intuitively understood, but is also backed by an astonishingly long list of supporting research. One of best made cases on the subject is a book titled: Corporate Culture and Performance by John Kotter and James Heskett. Just Google “culture, performance, values, etc.” to find thousands of articles and books written on the subject.

However, the definition “culture” is critical in this formula. What is culture? Well, it’s lots of things: how information and power is shared, what’s rewarded, the example set by leaders… At XSInc, we believe that a company’s values are the DNA of its culture. Values describe the very foundation of what a company believes, assuming they are well conceived. However, if culture is to drive performance, then it follows that everyone creating that performance must be aligned to the values that define the culture. The behaviors enacted and decisions made in the myriad unique situations presented to employees each day must yield the same, or similar, response if a culture is considered to be aligned.

Creating solidarity in the application of a company’s values amongst employees requires the same effort and creativity as building unaided brand awareness (and the ensuing purchasing behavior) for a product. For some reason, some leaders don’t see the parallel logic or they don’t believe it matters. In the aforementioned book Corporate Culture and Performance, the authors posit that all key performance measures (KPIs) were positively affected by performance enhancing cultures in the 200 companies monitored over a 10-year period. KPIs included talent acquisition, retention, client satisfaction and all financial metrics.

At XSInc, we know we have a great culture and we know that we have performed well since our founding in 1998. What we wanted to see is if our focus on company values created a culture that could weather the cyclical nature of the commodity agricultural sector that XSInc competes in.

Using the USAG index (United States Agricultural Index) as a proxy for the health of agricultural inputs market (all seeds, pesticides, fertilizer, etc.), we superimposed our client and employee satisfaction results from 2013 (the first year we began to collect this data) until 2015. Despite the decline in the USAG reflecting a depressed Ag market, our client/employee indices remained at a healthy 4.25 to 4.3 (out of 5) level (see Graph 1). 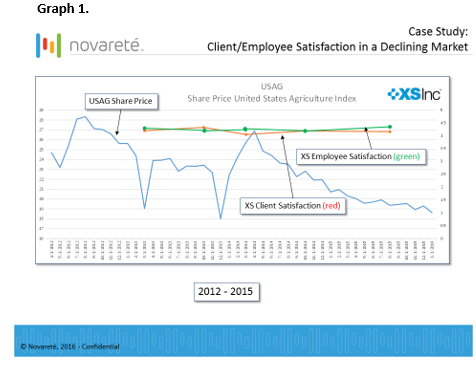 Similarly, when XSInc GAAP revenues (scale hidden) were superimposed on the same USAG chart, you can see that revenues actually grew (see Graph 2). 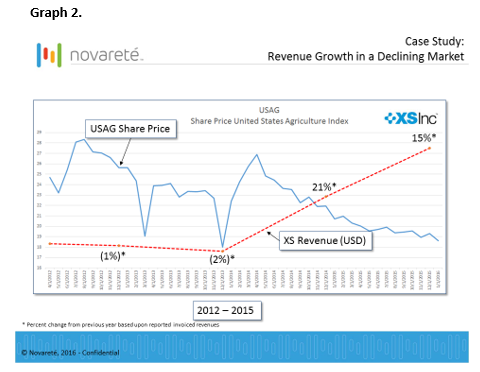 The impact of a great culture doesn’t stop at revenue and client satisfaction. We also noticed a positive impact on the following additional key metrics over a longer period:

In an industry where consolidation is rapidly occurring and thousands of jobs are being lost, XSInc is growing at a solid and consistent pace. We will continue to monitor these trends but are confident that our approach to culture using Novareté has been a significant part of our success.

Fulton Breen is founder and principal of XSInc, a firm that specializes in big data management. Nearly a decade ago, while XSInc was a startup the principles created and defined the organizational values that they wanted to underpin their new company. And once defined, they needed a way to impart these values on a regular, on-going basis to employees.

In 2005, these principles were integrated into the company’s intranet presenting virtue-ethics and values as a congruent system. Partially as a result of this system, XSInc won the North Carolina “Psychologically Healthy Workplace Award”.

Prior to founding XSInc, Breen held numerous general management, marketing, and financial positions with Union Carbide and Rhone-Poulenc (now incorporated within Bayer CropScience). Additionally, he has managed numerous international businesses in the Middle East, North Africa, Turkey and the central Asian republics. Breen holds a bachelor’s degree in economic biology from Clemson University and an M.B.A. from Duke University.